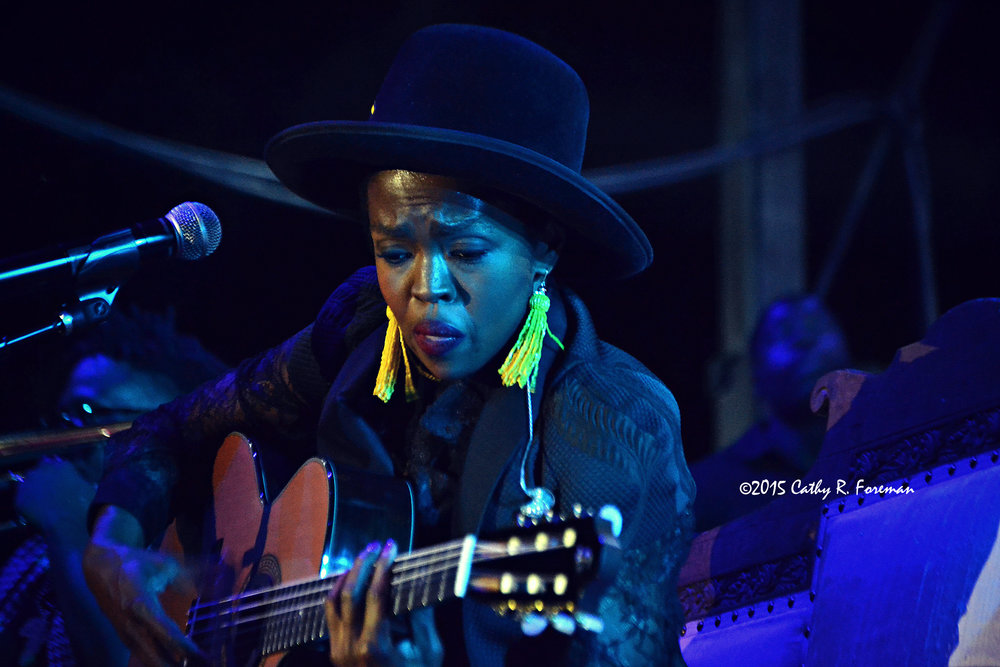 For a long time now, as much as I’ve enjoyed Lauryn Hill as an artist, it was frustrating to see her life knowing she doesn’t perform her much celebrated album,  The Miseducation of Lauryn Hill, as the songs were originally released. Rumor has it due to not having the rights to her music any longer. So when attending a show, the songs would be rearranged, often sounding like completely new bodies of work.  Not necessarily a bad thing but with an album as well arranged as hers was, it was disappointing to not be able to hear classics like “Ex-Factor” and “Zion” in the form that stirred your soul from the get go. Add to that her panache for being late and sigh,  sometimes it was just easier to pass on the concert rather than whine about nuances that couldn’t change. Then in April Hill announced that in July she’d be doing a 20th Anniversary Tour for the album AND playing all the original songs,  I won’t lie my initial reaction was …. Yaaaasss Girl!

This tour, this experience, is long overdue so yes I’m getting tickets and if she’s late, I’ll catch up on reading because leaving isn’t an option, nor is the discussion of it. Then yesterday she had to the nerve to list the  supporting acts that’ll be with her at various cities. The list includes Busta Rhymes, SZA, Dave Chappelle, Big Boi, Nas, De La Soul, A$AP Rocky, Dave East, M.I.A., Takin Kweli, Kelela, and more. If you weren’t planning on copping a ticket, might I suggest a change of mind. Need to know who will be supporting her in your city? Here is a list for you to check out with her tour scheduled stops ,  and while you’re there go ahead and purchase your ticket here. We will see you there!

I write. I read. I blerd heavy. I shoot raw. I mommy three little humans. Send snacks and memes.