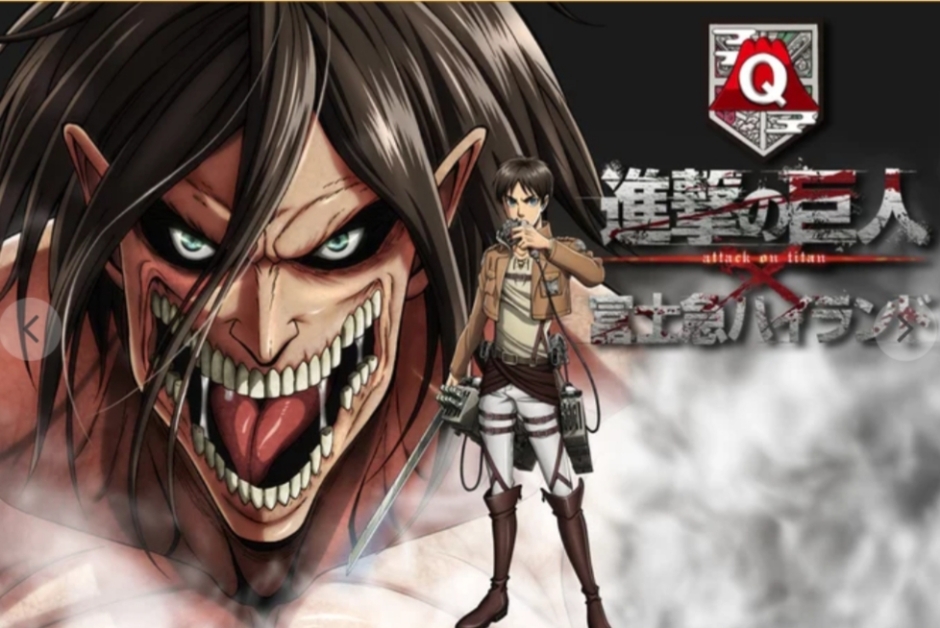 I adore cartoons. So much so I watched Powerpuffs Girls during the my eldest child’s delivery. My daughter and I fall asleep to Family Guy atleast a couple nights a week. A few weeks ago my son heard a snippet of the score from Miyazaki’s animated film Howl’s Moving Castle, based of the amazing novel by Diana Wynne Jones, and wondered why he knew it so well. It’s because I played the DVD all the time when he was young, and we often fell asleep to the menu playing the song over and over for us. My life and theirs is punctuated by animation.

Both my son and I enjoy anime and of course manga so we will often watch, and read our favorites together. Anime is unique in that the TV series often have to be “dubbed” or “subbed.” Meaning if it’s popular enough, it will get “dubbed” over with English speaking actors to replace the original Japanese audio. “Subbed” is where some charitable nerdy soul has added subtitles if none are already available for the series. Normally I encourage us watching anime and reading manga with a healthy dose of pre-reading in case it gets too pervy. Until I watched the anime Attack on Titans. I had been warned the show was off putting yet it was recommended because of my unusual dislike for the good guys to always win. Every now and again, defeatism is necessary and the bad guy should walk away the victor. My boy thought I would dig it and gave me a strict guideline: “Don’t get attached.” I was curious of course what that meant exactly but all I received was a cryptic “You’ll see.”

The Skinny on the Titans

Attack on Titan originated as a Japanese manga series, as do a lot of anime television series.  Written by Hajime Isayama, it follows Eren Yeager in an alternate universe where the five kingdoms all live happily protected against the rumored threat of the past: Titans.  Until that fateful day: cue the cheesy suspenseful piano riffs. These Titans look like humans except they vary in size from a NY skyscraper to a two story house. But what’s frightening is this: they EAT you.  Like can run oddly and scarily fast, cluster into instinct driven groups and will voraciously scoop man, woman or child into their mouth and snap you in half. The first time I was horrified. Three seasons in, I’m still horrified every single time because frankly how do you ESCAPE that sort of creature? Let me tell you, you don’t!! Watching it, you can’t help but hope even though you know there’s NO way that kid can get away but dammit Timmy needs to try because I’m not really about to watch him get eaten, am I?! (Yes. Yes are you because Lil Timmy is pretty much an animated walking Snickers at this point.) It’s ghastly, slightly sickening, I’m addicted and simultaneously ashamed of myself. I think of the old kung fu flicks I loved and how the blood would cartoonishly spurt and spray everywhere.

Now you still get that. The artists allow you to see the horror and disbelief in every face so it’s just compounded. The shock. It gets gruesome and EVERYONE  at catches it. Main characters? Gone! Your favorite? Gone! That idiot that fumbled the rations last episode and picked on your fave character? No worries, he’ll be gone soon enough, too. The infamous line from Dante’s epic poem Divine Comedy, “Abandon all hope, ye who enter here” must been used as the  show-runner motto and motivational catchphrase for this series.

Each town has designated soldiers that use intricate belts with harness guns that allow you to travel by cord throughout the city, essentially flying like Spiderman between buildings. It looks so dope until you watch a Titan grasp a soldier mid air and start chomping down. I’m not going to spoil it but as the show goes on, you get a glimpse inside the origin of the Titans (I’m still conflicted over this bit of knowledge as are the characters lol), and the ever present political corruption. Because where there is strife and disaster, there is greedy politician looking to capitalize and gain some power off the mass suffering of others. Even animated people can’t escape the b.s! 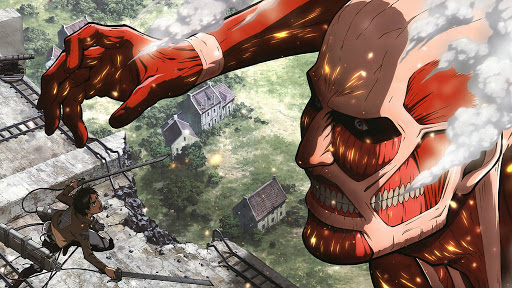 But how can you maintain viewership on a show that loses characters like the hairs on your head? Good question! The plot is completely ensnaring because you feel a driving need to figure out where the hell the Titans are suddenly coming from and how the kingdoms can survive this go round in history. It plays on that essential human nature that dooms and uplifts us all: hope. You can’t help but cross your fingers that the soldiers and townspeople get away, that some new bit of info will shake loose and give them a final break. And that teeny ass tidbit keeps you glued to the screen, depressed and anxious and more than willing to put yourself in this sad situation season after season. Because it has to get better sometime right? ……Nope….. but keep watching anyways!

I write. I read. I blerd heavy. I shoot raw. I mommy three little humans. Send snacks and memes.