First, let me say that I am a Bradley Cooper fan. His cool, calm demeanor is ever-present and endears him to millions of fans and movie goers. I noticed him in the first Hangover movie. My fan status was solidified with his performance in Silver Linings Playbook.

But Lady Gaga is another story. I have watched her career ascend as one would a two-headed dog: with curiosity and caution. Her colorful outfits and wigs were attention-grabbing and served their purpose: increased attention and record sales. Yet one day it happened: I heard “Cheek to Cheek,” a duet performance by Tony Bennett and Lady Gaga. I was no longer a curious onlooker, I was a respectful fan of her talent. That woman can sang!

Listening to A Star Is Born

A couple of months ago, Apple Music informed me that the soundtrack to A Star Is Born would be available for my listening pleasure within the next couple of weeks. I added the soundtrack to my Cloud for future listening. I must be honest. The only reason I wanted to listen to it was I heard on the Today show that Bradley Cooper was singing his own songs in the movie. Now this I wanted to hear!!

One morning while walking, I pulled out my phone, opened my Apple Music library, and pressed play to hear the A Star Is Born soundtrack. To say I was surprised is an understatement. Bradley Cooper can SING. Lady Gaga can SANG! And together, they spun an accompanying love story that takes the listener on an intimate journey between two people, flawed yet perfect only in their love for their music and each other.

This soundtrack is a mix of movie dialogue and songs, the dialogue often laying the foundation for the upcoming song, taking the listener through the movie itself. “I’ll Wait For You” shares the exchange between Cooper and Gaga before their first date. “Maybe It’s Time” shows Cooper musing about life and maybe opening up his heart again. In “Trust Me”, we hear Cooper falling for Gaga and encouraging her to share her voice with his concert audience. “Shallow” has you drawn into their love and you immediately root for them.

Their love continues with their duet, “Music To My Eyes”. Imagine someone telling you that you are music to their eyes? Imagine someone saying, “I wanna be your guitar, touch and feel as you please?” Powerful analogies for what the characters are feeling for each other at the time.

However, like most relationships, drama unfolds and “Digging My Grave” is the result. But they make things right, and by the time Lady declares that she wants to have children, raise them with Cooper, and that his face is the last face she wants to see before she passes away in  “Is That Alright?”- you are convinced that maybe Cooper and Gaga are dating in real life; her ballad is that powerful.

The soundtrack ends with songs that sound like Gaga – upbeat, melodic, and free. If you haven’t seen A Star is Born, this soundtrack will make you want to. 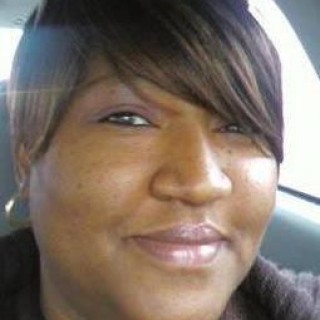 Keischa Pruden hails from Eastern North Carolina and is a self-proclaimed country girl. She is a wife, mother of 2, licensed therapist, and published author. In her free time, Keischa enjoys listening to music of various genres, reading urban novels (her guilty pleasure), and writing for online publications such as The Mighty, which offers encouragement and a voice for those with special needs, and Notes and Narratives.