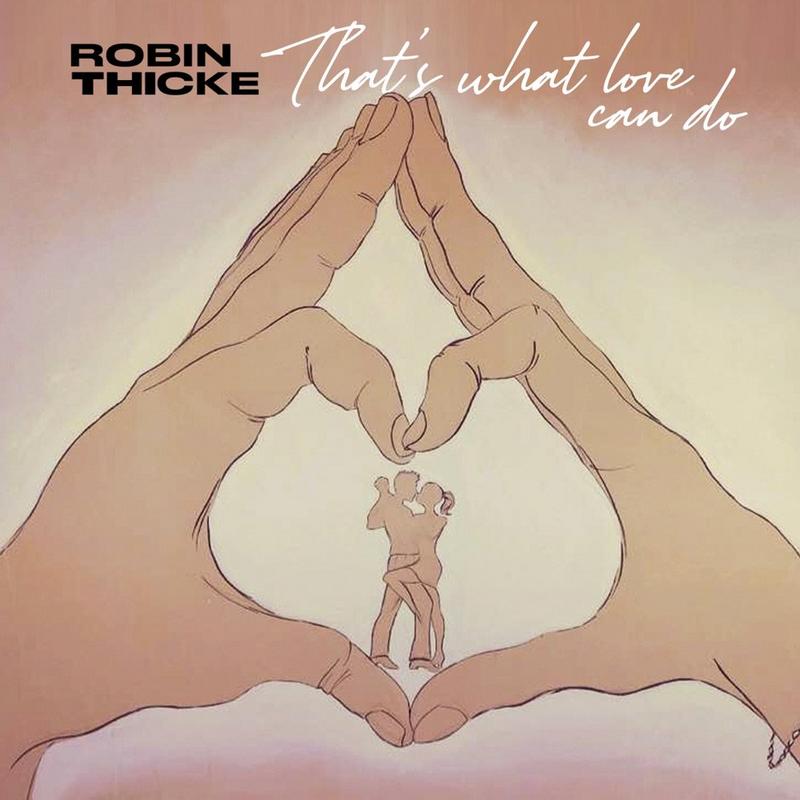 Yesterday, while headed home I decided to switch up my radio station and listen to Heart and Soul on Sirius XM. I really like them but sometimes I want some old school, so I tune in to The Groove and that’s where my radio had been locked for most of the month. The unfortunate thing about listening to The Groove is that I often times miss out on a couple of the things I love most about Heart and Soul such as: spotlight, interviews and of course new music which brings me to this post.

Case and point, I just heard Robin Thicke’s new song, “That’s What Love Can Do.” The beat was an instant throwback, giving me all the feels of a solo crooner in his lamé suit and skinny tie, standing center stage; just projecting all the sexiness and tenderness of a song that will surely become timeless. It almost reminds me of the Chi-lights, “Have You Seen Her” or any other group from that era. Since Robin is known more-so for his falsetto which he fills the chorus with, when he switches it up and goes back to full bravado, I almost thought this was a collab between he and John Legend. Then I really listened, and I heard him through and through. Now that I’ve had it on instant replay, I wonder how I arrived at the JL reference, but I promise you when I first listened …that’s who I heard. *shoulder shrug*

The cut is nice and easy. I can see it being on a “Lovers Playlist” or used to express the inexpressible. But what really did it for me, on this cut, was the solo horn musings of Lemar Gulliary. This right here is the sweet spot. I’m driving along and completely feeling the music. It was instaneous but when that horn feature kicked in, I found myself with the scrunch-up face (if you’ve been rocking with me for a while, you know what I’m talking about) and simply vibing, swaying my head from side to side. The horns added a completely different feel that catapulted the song for me. I didn’t want it to end, which is probably why I have it on replay.

Just something I found interesting since I referenced JL, Lemar has a history of playing with Robin and ironically John Legend.

This is only the second single we’ve heard from Thicke recently. In December he released “Testify” as well. There’s still no word on an official album release date but if this is any inkling of what we can expect from Robin’s new album, I’m completely here for it. Bring it on.