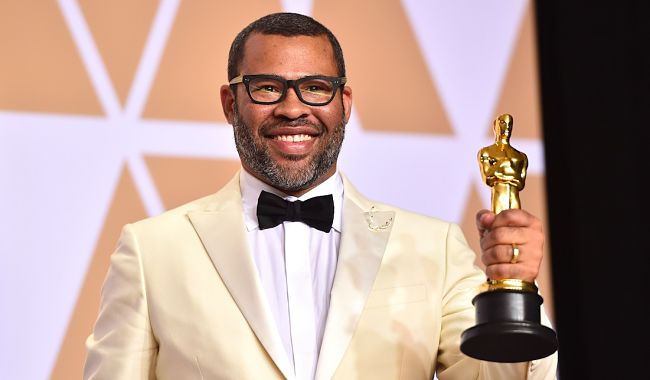 As reported by the Hollywood Reporter, during a talk at the improv mecca Upright Citizens Brigade Theatre, Jordan Peele said among other insightful comments that he doesn’t see himself casting a “white dude” as a lead in his films.

Immediately judgements of racism, inequality and privilege were fired at the two-time successful director of Black lead horror films.  Here comes a man that wants to feature new faces and original stories, and inject new blood into the genre, and suddenly racism is the reason.  No shouts of racism when the plethora of movies with completely White casts were called in the past. But it’s obvious that other filmmakers of all White films wouldn’t need to say something like this.  This statement by itself could be considered racist, but context lifts the absence of knowledge, and fills the half-knowledgeable mind.

“I’ve seen that story before” was what Peele followed up with to complete his statement.  Just from that clarification, one can conclude that he has nothing against white dudes (he likes them), but that his intentions as a director and storyteller is to promote the image of a Black lead into the horror movie game.  Something that no one can argue has been ridiculously lacking from its inception. Listing 10 Black lead horror films for the average fan is harder than listing 10 Black lead anything else. Even thinking about Black lead science fiction you could name several random Will Smith movies and probably have half your list right there. Arguments devolved simply to thoughts of Peele doing completely Black cast films.  The roots of that perspective came from simple paranoia as Peele has cast more than a few White people in his two major films.

Another point that takes the judgements of racism out of Peele’s statement is that he looks up to Tim Burton and Ridley Scott for his directing inspiration. He didn’t say Spike Lee or the few other Black directors out there.  I’m sure Peele has much respect for them, but he is obviously focused on genre storytelling and the artists that have done the work. Incidentally, when was the last time either of these giants in film cast a Black lead?

The reason he was so bold in his pronouncement is because the lack of Black actors in lead roles is so blatant.  And the amount of Black women in lead roles is deplorable. Lupita wins an Academy Award and in 5 years doesn’t receive one lead role in any of the films she’s made since.  Then in steps this sketch comedian turned horror writer/director and suddenly Miss Nyong’o has a lead. Peele is working to correct an artistic wrong in the industry.

The other tiring argument is that the best actor should be chosen for the role, not based on the color of their skin.  In the general market, this theory would be correct. But in reality, the “best for the role” has always been just a theory. No one can justifiably argue that the best actors are being chosen for roles when there are so many good African American actors out there that don’t get a fraction of the roles their ability deserves.

Obviously Peele wants to tell stories from a Black perspective.  How would that even work without a Black lead? Woody Allen told his from a Jewish perspective.  Scorsese told his from an Italian perspective. Burton told his from an awkward white perspective.  So what could possibly be wrong with Peele wanting to explore his artistry from his own place as a Black person in America?  He says that he’s seen that movie before. We all have seen the White survivor in horror before. A thousand times before. True horror fans are always waiting to see some new take on the subject.  As a matter of fact, I’ve discussed how rare it is to see a black male lead in a horror film since the late 70s.

Peele had to say what he said because the discussion had to be made.  He could have gone the safe route and said something else, or not at all.  And truthfully, the man has had resounding success with this thinking. Even Hollywood doesn’t want to mess up a good thing.  Who in their right mind would? Jordan Peele needs to keep doing his thing and people from all walks of life will continue to support his work.