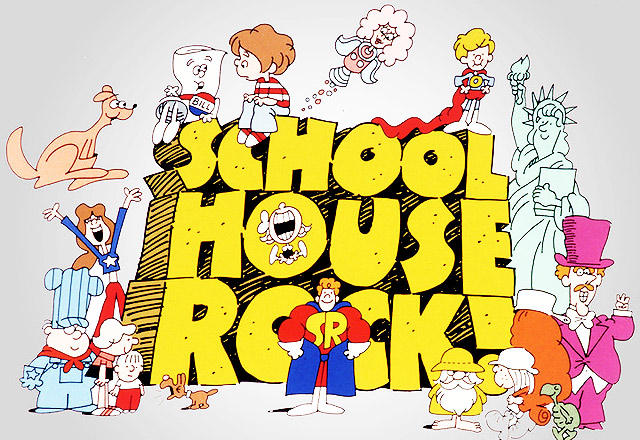 For those who do not know, Schoolhouse Rock is an American program of mini animated educated films that would air on ABC, Saturday mornings. The original series ran from 1973 to 1985 but was then revived with additional episodes from 1993 to 1999. Following that more episodes were produced from 2002 to 2009.

Now that you know the basics of this show, you might be wondering why I feel this show is important enough to write about, and if it is so important why it should not be rebooted. It’s simple actually, so I am going to answer the last question first before I answer the first question.

Yes, information and relevant topics change and that is why reboots tend to happen. However, the beauty of Schoolhouse Rock is that it gives you the basic information of a topic as well as history. These are two things that don’t change.

For instance, no matter how many times a math equation changes, eight times eight will always 64.

How conjunctions “hook up phrases and clauses that balance.”

Schoolhouse Rock is as broken down and simplified for human consumption as any piece of information can get. We are talking about basic and I mean bare bones information that . . . well everyone should know. Not only is this information taught in elementary school but it is also taught in pre-school.

I already see the statement forming in your head. “BUT INFORMATION CHANGES!”

Yes, information changes. But the foundation does not. Schoolhouse Rock is in every sense of the word, history and what American society is based on.

Is this show perfect? No, and I say no because it is very clear that other than The Great American Melting Pot there is no mention of African Americans, Slavery, Native Americans, Hispanics, as well as any and all history that involves minorities.

But let’s go back to why it shouldn’t be rebooted. We need to keep classics as they are. . . classics. Because if a reboot was to happen it would fail. And it would fail because there will be a comparison between the original and the reboot. People are already weary of reboots and that often means they won’t watch it and won’t share it with their children. What they will do is watch the original and share it.

As opposed to a reboot, I would recommend something new. You take the foundation of Schoolhouse Rock i.e. the simple animation, song and create something to share. For instance,

If you notice the above clip has the elements of Schoolhouse Rock but it is very clear that it is its own thing. This is something that would work because it doesn’t knock the original but it respects it and adds to it. And to answer your question, no I don’t think a reboot would do that.

So as I step off my soapbox, I would like to add that Schoolhouse Rock is very much part of my childhood and I may be a bit bias but this is an opinion piece after all 🙂

No one is ever going to be truly happy with what is considered the old ways but that does not mean that they no longer serve a purpose.

And on that note, enjoy my little brother’s favorite Schoolhouse Rock song. 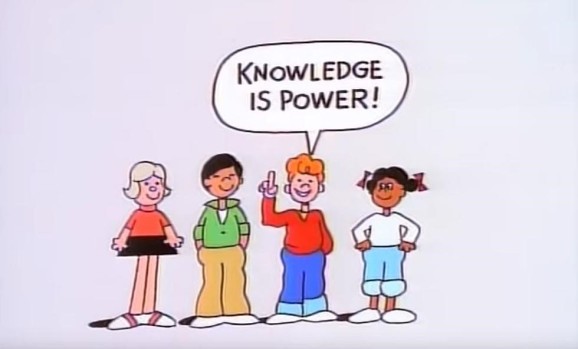