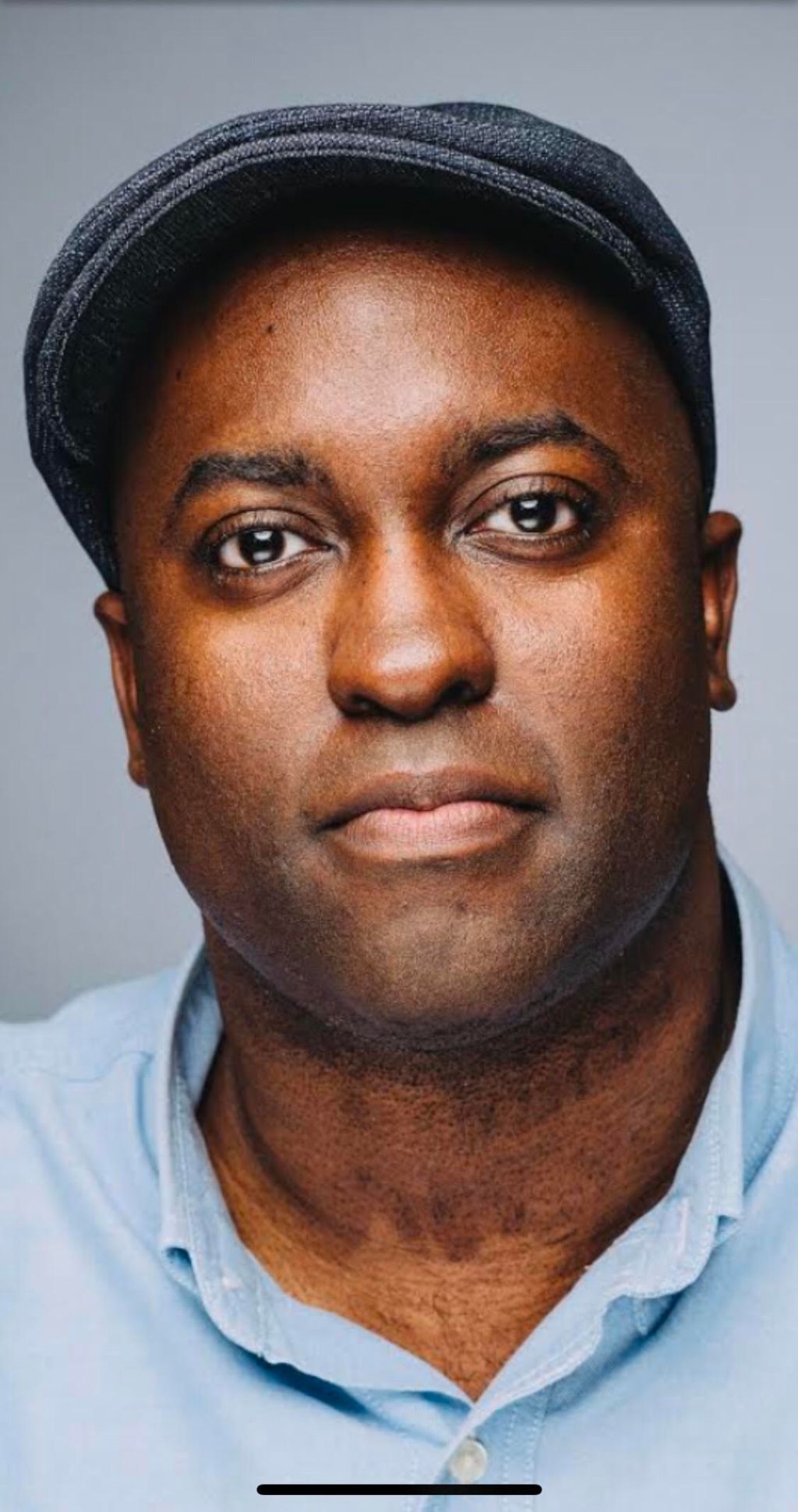 If you haven’t heard the latest book to movie news, I have news for you. The unreleased novel called Amari & The Night Brothers, written by author B.B. Alston is set to become a movie produced by Don Cheadle and staring Marsai Martin.

This is literally a dream for all authors but the hype is especially real for new authors. We had the pleasure of interviewing Alston on his new success and we are glad we did because other than a good book nothing is better than an author who loves to talk 🙂

Be sure to be on the look out for Amari & The Night Brothers release date (book and movie) as we will be shouting it from the roof tops.

N&N: Firstly, congratulations on Amari & The Night Brothers becoming a movie in which Marsai Martin will star and Don Cheadle will produce. How did you react when you first received the news? Put us in your shoes. What happened?

BB: Well—and this still blows my mind—I was in the fortunate position of being able to choose who to partner with! There was a lot of buzz surrounding the book after the Bologna Children’s Book Fair and the US auction for the publication rights. My wonderful book agent, Gemma Cooper, then hooked me up with a film agent, Mary Pender, who said she loved the book and wanted to represent it. The next time we spoke Mary told me that she had like 17 inquiries from producers/film studios who were interested in the book!

So then it was a process of speaking to everyone over the phone and that took nearly two weeks. The call with Todd Lieberman and Naomi Funabashi from Mandeville Films, and Prince Baggett for Marsai Martin’s Genius Productions, was actually one of the first calls. But it really stood out because Todd was so passionate about the book and I actually had tickets to see Marsai’s film, Little that same night. I even got to speak to Marsai’s dad, Josh Martin, and that was such a cool experience.

So after all the calls were done, it was really just a matter of working out the financials and deciding who would be the best fit for Amari. At the end of the day, one of the primary reasons for writing about a young black girl was to show them that they could be the star of their own adventures. And Marsai really embodies everything that Black Girl Magic represents.

That girl is a star. Todd Lieberman is a producer at the top of his profession, and the last author he worked with, RJ Palacio had really glowing praise for him and his partner, David Hoberman. And Don Cheadle is friggin Don Cheadle. Like a movie star who really connected with the story and who was gracious enough to want to be involved.

In the end, the production team partnered with Sara Scott and Christine Sun at Universal Pictures and I couldn’t be happier with the people involved with the film.

N&N: So you find out this amazing news and you celebrate now what? You hit every author’s dream without your book being released. What is your next steps within your career?

BB: Having such a great team working on the film is a real blessing, and it improves the chances the movie will get made, but there are no guarantees. Anything could happen. So right now it’s just about making the book as good as it can possibly be. I actually just received my first editorial letter from my American and English editors, so that’s what I’ll be working on for the rest of the year while also starting on book two. It’s going to be a busy six months, but I get to do something I love. I’m really grateful.

N&N: Back to Amari & The Night Brothers; There isn’t a lot known about your book, other than it being realistic fantasy surrounding a Black girl discovering her powers. Is that true? Can you give us some more details? 😉

Quinton Peters was the golden boy of the Rosewood low-income housing projects, receiving full scholarship offers to two different Ivy League schools. When he mysteriously goes missing, his little sister, 13-year-old Amari Peters, can’t understand why it’s not a bigger deal. Why isn’t his story all over the news? And why do the police automatically assume he was into something illegal?

Then Amari discovers a ticking briefcase in her brother’s old closet. A briefcase meant for her eyes only. There was far more to Quinton, it seems, than she ever knew. He’s left her a nomination for a summer tryout at the secretive Bureau of Supernatural Affairs. Amari is certain the answer to finding out what happened to him lies somewhere inside, if only she can get her head around the idea of mermaids, dwarves, yetis and magicians all being real things, something she has to instantly confront when she is given a weredragon as a roommate.

Amari must compete against some of the nation’s wealthiest kids—who’ve known about the supernatural world their whole lives and are able to easily answer questions like which two Great Beasts reside in the Atlantic Ocean and how old is Merlin? Just getting around the Bureau is a lesson alone for Amari with signs like ‘Department of Hidden Places this way, or is it?’ If that all wasn’t enough, every Bureau trainee has a talent enhanced to supernatural levels to help them do their jobs – but Amari is given an illegal ability. As if she needed something else to make her stand out.

With an evil magican threatening the whole supernatural world, and her own classmates thinking she is an enemy, Amari has never felt more alone. But if she doesn’t pass the three tryouts, she may never find out what happened to Quinton.

N&N: What kind of research have you done for this book? Do you feel research is necessary or even mandatory when writing a book?

BB: I think that no matter what kind of book you write, some type of research is necessary. Even the most fantastical fantasy and most far-out science fiction stories will still be based on our world in some way. I’ve researched everything from supernatural creatures, to gang initiations, to payday loans in order to make things as realistic and authentic as I can. I can only imagine what my google search history must look like!

N&N: What has been the most difficult thing about writing not just this book but a book geared towards middle school readers?

BB: Being a guy in his thirties, the world that kids live in today is completely different than when I was in middle school. There was no social media back then and cell phones weren’t the miniature computers they are today. Middle schoolers didn’t even carry cell phones back then! I mean, I’m old enough to remember the world before the internet (which always blows kids away). Kids can get so many positive and negative influences from being connected to the rest of the world at all times.

Even being bullied can follow you home through social media. So probably the hardest thing about writing middle grade for me is just trying to imagine what it’s like to grow up in the social media age.

N&N: Who or what influenced you to become a writer?

BB: I’ve actually been writing for as long as I can remember. When I was a kid, I’d create stories just for my own entertainment. The first time I let anyone else read something I wrote was actually in middle school. I’d write these horror stories using my classmates as characters and they’d come over to read whether or not they made it to the end. It was a lot of fun.

There was a period during high school and my early twenties where I had given up on reading and writing. But then I finally read Harry Potter at my cousin’s insistence and it reminded me of all the reasons I loved stories and I started writing again. Really it’s my love of reading that inspires my love of writing. If I’m not doing one, then I’m probably doing the other.

N&N: Finally, what makes a book a good book?

BB: For me it’s the characters. I’ll follow a character I love anywhere the story wants to take me. Bonus points if that book can also teach me something I didn’t know along the way or give me a perspective I hadn’t considered before. I think that’s what makes books by diverse authors so great. It gives minority/marginalized kids a chance to see themselves in stories but it also gives those kids that don’t identify that way an opportunity to see the world from a different point of view.

And often times that means finding out we’ve all got much more in common than we might initially think. In that way, a good book can change the world.